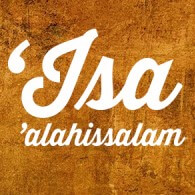 And when the Word is fulfilled against them (the unjust), we shall produce from the earth a creature to (face) them: She will speak to them, for that mankind did not believe with assurance in Our Signs.

So what is this “Creature” or “Dabbah”? it is a Human Being!!

The “Dabbah” or “creature” is a human being who spoke the truth and will judge between the Muslims and Christians about how can God take a son? Therefore it does not sense when people say that this creature is an animal, for how can an animal speak to people and judge between them? The Dabbah/Creature will speak to people because he is a man. Just as God created Adam with no father and no mother, and just as he created Eve with no mother, he also created Jesus son of Mary with no father.

The similitude of Jesus before Allah is as that of Adam; He created him from dust, then said to him: "Be" and he “Becomes”.

Then someone might ask me but the Allah/God said in the Koran that “SHE” will speak to them not “HE”. Then we reply to him and say that Allah is referring to the soul of Jesus son of Mary not to the man. Because it is his soul that will return to speak to you. This is why it is referred to in female form not male because the soul is referred to in female form in the Koran. For example the soul that was killed in the people of Israel and they were arguing about it to know who is the killer.

You had killed a soul, then disputed among yourselves about it (HER). GOD was to expose what you tried to conceal

In Arabic the word used was “then disputed among yourselves about HER”. So the Koran did not say “about Him” even though it was a man who was killed but the Koran used the word “Her” to refer to the soul of the man. So the reason why the Koran used female form and not male (even thought the one killed was a man) is because the koran is referring to the soul that belonged to a man.


And when the Word is fulfilled against them (the unjust), we shall produce from the earth a creature to (face) them: She will speak to them, for that mankind did not believe with assurance in Our Signs.


Meaning he speaks of the soul of the son of Mary that Allah has send to the body of the son of Mary, so he stands and walks therefore he is called “Dabbah/Creature”. He is a human just like you, and speaks to you in adulthood/maturity/old age “Kahl” with a beard with white and black hair.

GOD is the One who created you weak, then granted you after the weakness strength, then substituted after the strength weakness and gray hair. He creates whatever He wills. He is the Omniscient, the Omnipotent.

Meaning that the age of “Kahl” is the beginning of the phase when the strength of youth is gradually fading, which is during mid life