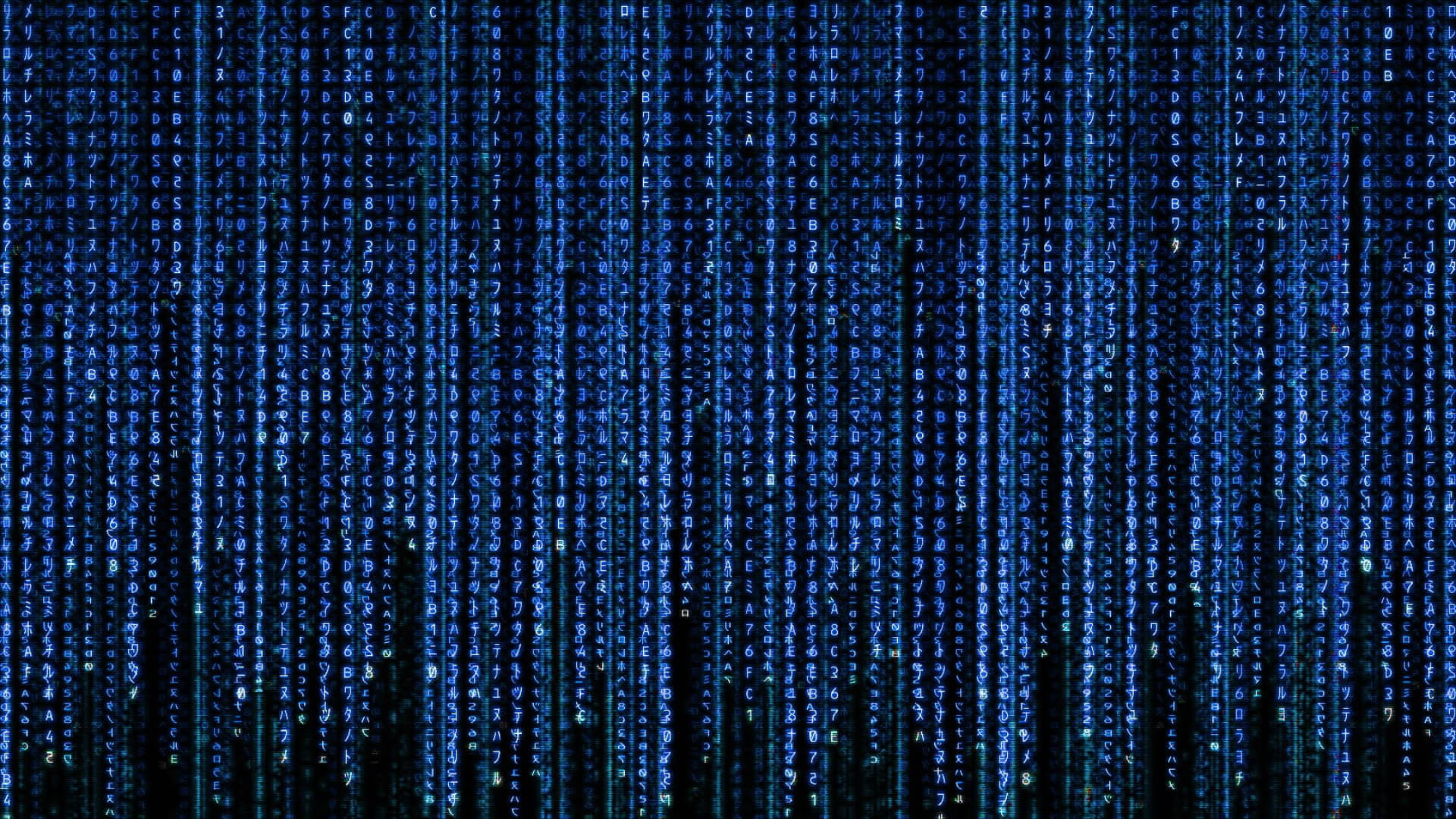 In the name of Allah, the Most Gracious, the Most Merciful. Prayers (of forgiveness) and peace be upon Allah's Messenger (Mohammed) and all Muslims (submitters to Allah) among former and later generations and in the upper assembly till the Day of Judgment


May Allah's peace, mercy, and blessings be upon you my beloved righteous forerunner supporters and upon all Muslims, remind people of what they have seen with their own eyes in regards to the rise of Safar's Full Moon after the sunset of Monday, which took place due to the sign of the sun catching up with the moon; the sign of Allah's caliph Al-Mahdi Nasser Mohammed Al-Yamani, which is also the Full Moon's global Astronomical beginning of the month on 20-09-2021 according to its Astrophysical calculations due to the occurrence of the Conjunction before sunset, and the setting of the Crescent after sunset. These are the two prerequisites that occurred before the sunset of Tuesday which is the night of Wednesday. Certainly, this is a cardinal physical cosmic rule since Allah Created the heavens and the Earth, in line with the Word of Allah the Exalted. And a sign for them is the night. We remove from it [the light of] day, so they are [left] in darkness. (37) And the sun runs [on course] toward its stopping point. That is the determination of the Exalted in Might, the Knowing. (38) And the moon, We have measured for it phases till it returns like the old Orjoun (39) It is not for the sun to overtake the moon, nor does the night outstrip the day. They all float, each in an orbit. (40)
Ya Seen -Chapter:36 -Verses: 37-40‍

And the 'Old Orjoun' is the dark face of the moon, and before the illuminated phases occur the moon goes back to the 'Old Orjoun' [New Moon] phase wherein its disk is completely dark as it aligns with the sun at the Geocentric Conjunction; hence the moon's face becomes utterly dark at the end of the month and after the Geocentric Conjunction at the 'Old Orjoun' phase. Then, it moves towards the east of the sun and it sets after the sunset so the Waxing Crescent Moon of the new month starts to form after not less than 12 hours since its separation from the sun (towards the east); as a result, the Waxing Crescent Moon is seen around the world after sunset.

Indeed, this is a Cosmo-Physical rule in regards to the beginning of the months in the Great Quran since Allah Created the heavens and the Earth, also it is mentioned in the calendars of all Astronomers among mankind, the Muslim and the disbeliever among them, and confirmed in the Great Quran and the books of the former and later Astrophysicts all together, and they know with knowledge of certainty that the Astronomical beginning of the month depends on the occurrence of the Geocentric Conjunction before sunset and the moonset after the sunset and its distantness from sunset. That is why they have been waiting for the Full Moon to rise around the world on 21-09-2021

In addition, remind them that tonight's Full Moon per the moonrise in the world according to the sighting of the true Physical beginning of the Waxing Crescent Moon is truthfully on Wednesday 22-09-2021 which is the night of Thursday. And the most country that is abiding by the Physical Sighting of the beginning of the month is Morocco, as they are the only ones who are still holding firmly to Allah's command in regards to the matter of the Physical Sighting of the Crescents; however, they are sometimes intrigued by the ignorant ones who claim to have falsely seen the moon, and it rarely happens

And what is really weird about them is that despite the truth from their Lord has been cleared to them, especially the Arab Maghreb, they did not declare their recognition of the occurrence of one of the Mighty Signs of the Hour in confirmation of the Hadeeth said by Allah's messenger Mohammed that reflects the command of Allah to inform the worlds of the event (the sun catching up with the moon) if it happened at the End of Times, and the sun caught up with the moon verifying one of the Mighty Signs of the Hour, then the 'Swelling of the Crescents' takes place since the crescent's age is 2 nights older than it should be! Surely, Allah Has Raised Al-Mahdi Nasser Mohammed Al-Yamani to be a 'Nasser' (Arabic: ناصر, supporter) of Allah's messenger, Mohammed, and confirming what He has said, and I prove it on actual reality in different scientific physical fields, also I shall judge between religious scholars in what they disputed about

But if they had followed the command of Allah and His messenger to not to fast until they see the Waxing Crescent Moon of the month, then it would have been cleared to the worlds that the sun has truly caught up with the moon since it will end the case of Moonsighting as those in charge of sighting the moon will not see it, instead, the moon will appear swelling (larger) to people altogether when they first see it as it's age is 2 nights old, also it does not set except at the time of Isha prayer while they have not fasted yet! Therefore, Muslims truthfully realize the 'Swelling of the Crescents', and the crescent appears larger as if its age is worth two or three nights old, as a result, they grasp the fact that the sun has truly caught up with the moon so it followed the sun. Then they say: "Truthful is Allah, His messenger, and His caliph! The sun has truly caught up with the moon" before night precedes day, but Sufficient for us is Allah to grant us victory over those who turn people away and the liars, indeed I give them tidings of severe torment.

O Allah, I have informed people years ago of what You have Ordered me to call them through the internet and say: "O mankind, the sun has caught up with the moon and the Waxing Crescent Moon was born before the Eclipse and the sun aligned with it while it was a Waxing Crescent so flee to Allah the One, the Overpowering before night precedes day!" but they did not believe me

So, if I am truthful grant me victory because they deny me, and if I am a liar then it will be to my own loss, and failed is the one who invented lies against Allah and definitely failed is the one who denied Allah's signs. If Nasser Mohammed Al-Yamani is truthful and truly the chosen (by Allah) caliph of Allah over the worlds, Allah must Make me prevail by painful torment upon each and every single one who acted arrogantly towards Allah's caliph, Al-Mahdi, and disobeyed Allah, His messenger, and His caliph

So wait, indeed I am waiting with you for Allah's judgment between me and those who deny my call in the worlds and those who disbelieve in the Great Quran which is the insight of Allah's messenger Mohammed and Allah's caliph al-Mahdi Nasser Mohammed Al-Yamani, in line with the Word of Allah the Exalted And those who have disbelieved say, "You are not a messenger." Say, "Sufficient is Allah as Witness between me and you, and [the witness of] whoever has knowledge of the Book [the Quran]"
Ar-Ra'd -Chapter:13 -Verse:43

Then, in what statement after this shall they believe, or do they say "We listen and disobey"? Surely, the judgment is Allah's and He is the best of Judges

Peace be upon you the messengers and all praise is due to Allah, Lord of the worldsYour brother, Allah's caliph on the whole world, Al-Imam Al-Mahdi Nasser Mohammed Al-Yamani.