Dedicated to The Creator of the universe, logic, monotheism and the verification of authoritative evidence.

Ponder
The Mahdi
The Interpretation
The Miracle
The Zone
The Bushra
About Imam Mahdi!

"I'm a student of Quran, and this was like understanding it clearly for the first time"

"When I took the time to consider Nasser Mohammad's Quranic interpretation it was like Allah was helping me to see the truth shining bright as if I was looking at the sun rising, causing the darkness to disappear."

"I'm a student of Quran, and this was like understanding it clearly for the first time"

"When I took the time to consider Nasser Mohammad's Quranic interpretation it was like Allah was helping me to see the truth shining bright as if I was looking at the sun rising, causing the darkness to disappear."

What is the Imam Mahdi?

The Imam Mahdi is a figure that plays a major role contributing to God's divine will in the end of days.

The Mahdi is not a prophet or a mythical figure. He is a normal human being whose sole distinction is that he is blessed with accurate insight and understanding of God's final revelation to mankind and it's true meaning.

Imam means religious leader and teacher who provides a community with guidance and support.

Mahdi means "the rightly guided and guiding one" referring not only his prophesied accurate understanding of the Quran but also to his role as the redeemer of the true way of Islam, after muslims and mankind in general became misguided.

The Imam Mahdi is in truth a man who is guided but also who guides the people. 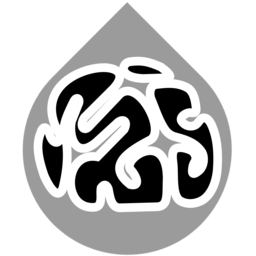 What is his role?

God revealed to His final prophet in the Abrahamic line - Muhammad PBUH - that in the end times era, He would guide one of his descendants to lead humanity into an era of global peace.

God will empower the Imam Mahdi, supporting him with the messiah Jesus and other righteous believers in The Creator of the universe.

Prophet Muhammad PBUH said that this man would fill the earth with fairness and justice just as it was filled with wrongdoing and oppression.

He prophesied that Imam Mahdi would have the knowledge to set mankind’s affairs straight.

Who is the Imam Mahdi?

Nasser Mohammad Al Yemeni has revealed himself as the mahdi and provided a substantial amount of evidence from the Quran and Sunnah of God's final prophet that supports his claims of truth.

Nasser Mohammad establishes how he knows he is the Mahdi, how and when God blessed him with the true interpretation of the Quran and why it is important for all of humanity to turn to God and follow His word as we approach the era of the prophesied end times events.

Nasser Mohammad Al Yemeni is addressing known and unknown topics that are important to humanity.

He has addressed matters that are widely disputed and uncovered the truth regarding these matters according to the true understanding of the Quran and Sunnah as God intended.

He has also addressed matters that are accepted and uncovered that some of these are false or misunderstood by the masses.

Nasser Mohammad is establishing the correct understanding of the Quran with clear evidences.

This information is crucial for understanding what God wants from humanity in this era and protecting ourselves from ignorance the consequences of falsehood.

This unique library is built to make it easier for you to examine the evidence Imam Mahdi has provided, heed his warnings of the chastisements to come and enlighten the masses.

Imam Nasser Mohammad has been engaging in dialog with the general public for over a decade.
This Library includes his explanatory statements of Quran, rulings on specific issues, dialogue, responses to questions from the public and more!

We are living in what Nasser Mohammad calls the era of dialogue before the chastisement.
Over 1,000 hours of content from the prophesied Leader of mankind that is Guided by God.

The Quran is the final revelation of The Creator.

Thank you! Your search has been received!
Oops! Something went wrong.
Introductions

The Imam Mahdi proves Allah’s sorrow over His astray servants

More Details About The Hollow Earth, And Its Worlds.
View All
Orthodox

Cautioning And Warning From (Al-Qari`ah) Disaster, Its Center In the Middle East

Allah refrained from sending miracles in order for you to follow Allah’s Book the Quran Glory to Allah the Exalted, the Great, the Most High beyond measure

Final warning from Allah the One, the Subduer to every arrogant, haughty one.
View All
Unorthodox

A burning planet and its marking stones, that are equipped to penetrate the Earth's atmosphere

Who are Gog and Magog and where do they live?

View Library
People of The Book

View Library
The Pleasure of Allah

We are supporters of God The Creator and all of His prophets and supporters in every era, time and place.
Peace be upon them all.
‍We are a people who love God and who are loved by God, we have taken a covenant with The All Merciful that we will never be satisfied until He is satisfied.
We will never be pleased until He is pleased.
‍We to The Creator of the universe and we built this website upon the principles of logic, monotheism and the verification of authoritative evidence.